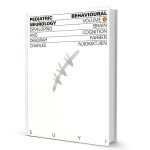 This volume presents state of the art Russian concepts of ontogenetic changes of the brain and cognitive activity and their mutual relationship. It illustrates the notion that the child’s brain is not a miniature version of the adult brain but a continuously changing neural structure that has a perfection of its own.

The brain undergoes profound morphological changes during ontogenesis. Cortical morphological changes are described that underly electrophysiological phenomena expressed in the EEG, in ERPs and in intra- as well as interhemispheric coherences, and behavioural changes such as speech, visuospatial processing and attention.

The ontogenetic structural changes facilitate the establishment of the left hemisphere dominance for speech and visual processing.

Electrophysiological resultspoint to the differing but complementary function of both cerebral hemispheres. Differences between the left and right hemisphere are highlighted, for example locality versus integrality, and specifity versus unspecifity.

The book concludes with a discussion on hypotheses pertaining to developmental mechanisms which are relevant to the clinical framework of developmental neurology.